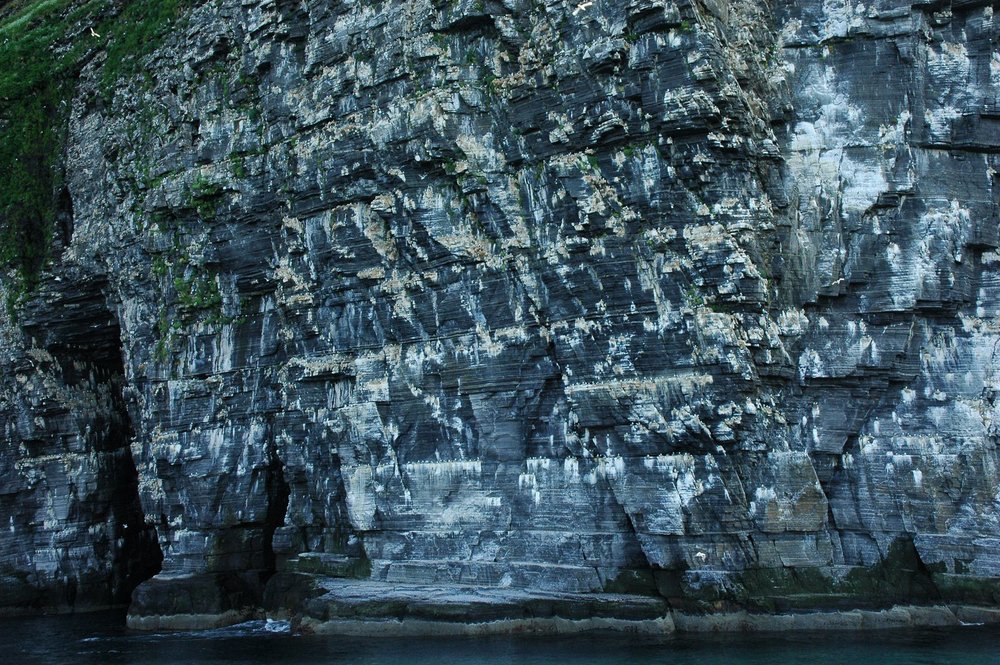 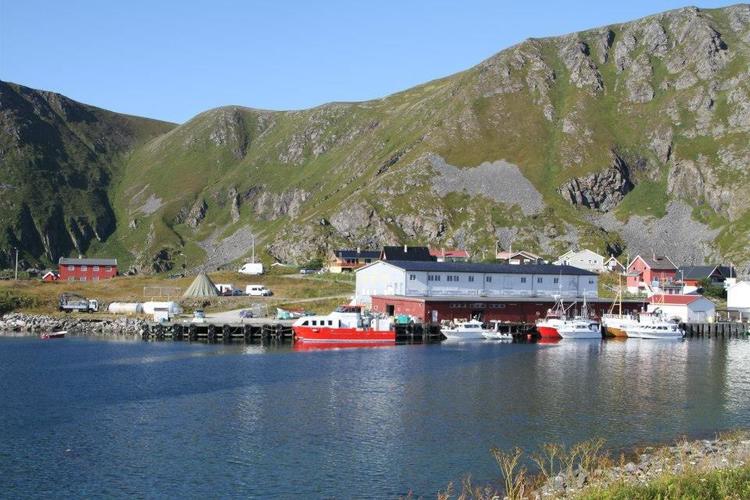 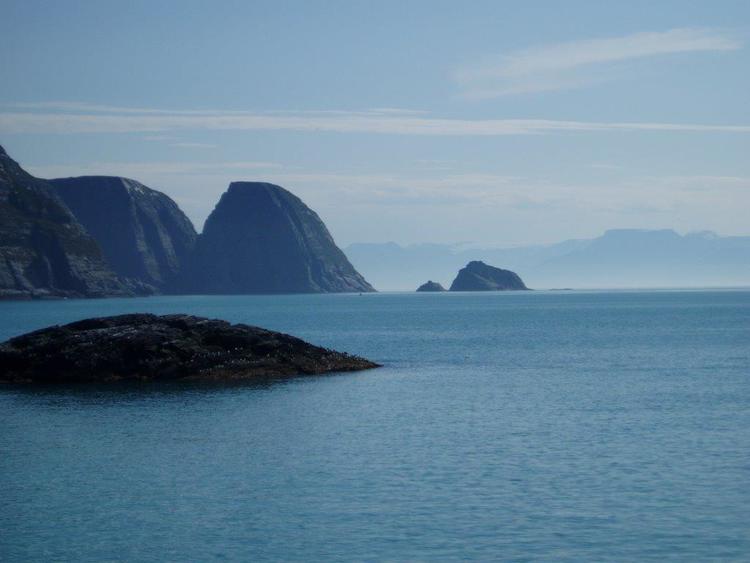 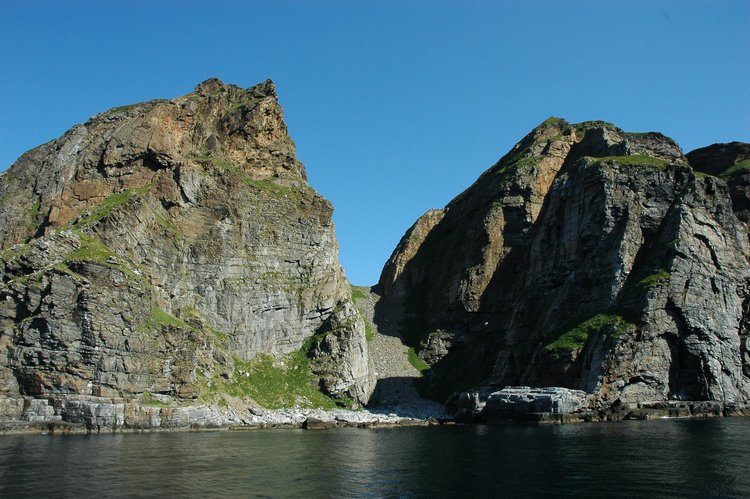 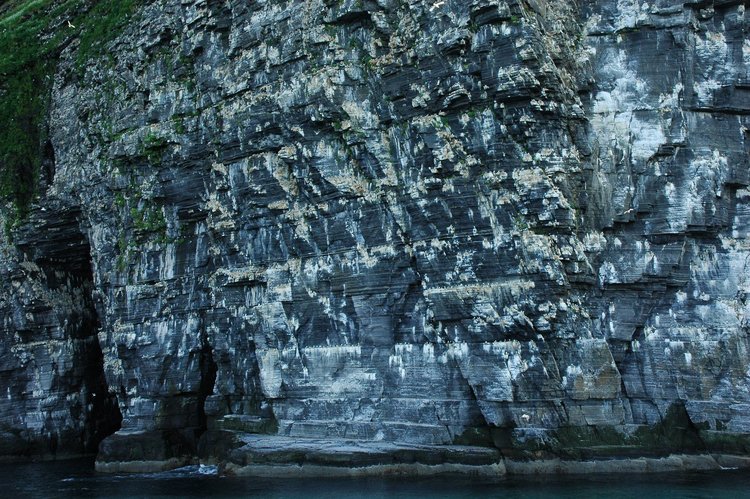 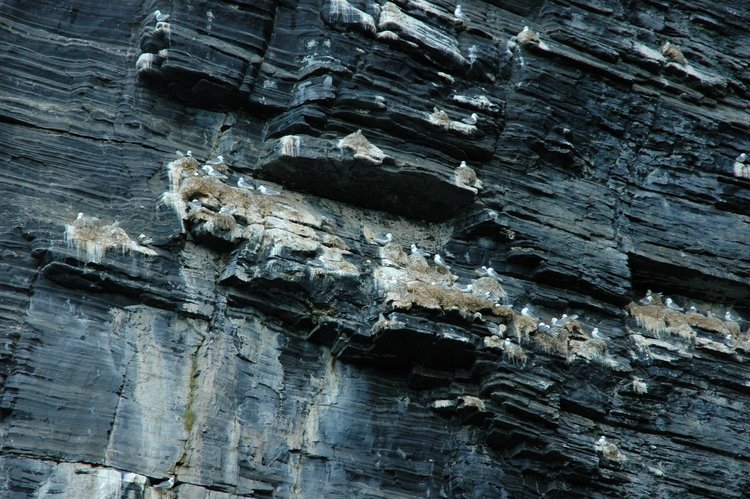 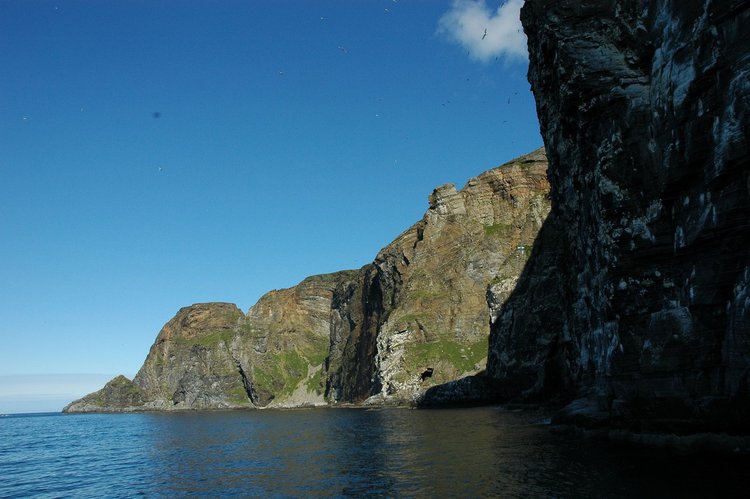 The bird mountain of Andotten by Sørvær is well worth a visit. An inconceivably amount of seabirds was laying on their eggs and young ones at the spectacular mountain.

The elkhunters rakfish team was out on deep sea fishing close to Sørvær, and made the trip by the mountain. The bird mountain is a well-known landmark, just outside Sørvær on Sørøya in Finnmark, often referred to as “little-north cape.”

The bird mountain is one of the most photographed motives on the island. The mountain itself has a characteristic plateau of 355 meters above sea level and looks very similar to the north cape. On the cliffside facing the sea, you can view a mesmerizing amount of nesting seabirds, such as herring gulls, black-backed gull, seagull, kittiwake and cormorants.

Andotten was preserved as a nature reserve because of the rich life of nesting birds in 1983, to protect the animal life as well as the society of plants attached to the area.

THE FISH MUST WAIT

The elkhunters rakfish team has taken deep sea fishing trips to northern Norway for years. We have attempted skrei-fishing from Henningsvær to Lofoten, but in the last few years our trips have been to Sørøya; with the islands amazing fishing opportunities of cod and pollock. This year we travelled north and had some fantastic days on board the catamaran MB Havcruise. The wind was silent, the ocean was flat and the sun was shining. On the best day, we sat course to the bird mountain Andotten before we went on to the fishing fields.

Even if the bird mountain is preserved, it is allowed to get close by boat. We avoided scaring the birds, but still the visit represented an experience for life. Hundreds of thousands of sea birds are “gluing” their nests close to each other onto the several hundred meter tall cliffside. One can get dizzy just thinking about what kind of aerial dive that awaits the young birds when they escape the safe haven of the nest and heads towards the sea.

The skipper and on-board guide told us that if we were to fire of a shot in the air, the scared birds would have shadowed out the sun in a wide distance.

Naturally the trip gave us some fantastic photo opportunities, and we would have loved to present a full photomontage in the paper. The weather caught us lucky with the silent ocean, sun and temperature that allowed for nothing but a t-shirt on top. We believe the skipper, when he told us that days like that are not that common in the north. The nature on the island is simply fantastic. The erosion of the sea on the west coast has carved out some impressive formations in the sedimentary rocks, which are pressed up from the ocean by enormous nature forces during millions of years.

The foundation for the large amounts of seabirds are naturally the enormous rich fish life in the ocean surrounding the island. The colony of birds needs a lot of food. We took our share of the fish, and got almost unlimited catch of cod and pollock as well as some catfish, tusk and haddock. Since we must depend on airfreight there and back, we filet all the fish and freeze them as we go. That way, the year supply of “fresh” fish of the highest quality is secured.

Sørøya has a special and great nature. You can hardly see a tree, yet the scenery is very green and lush. There are a lot of rocks, steep cliffsides and mountains there. The tallest point of the island reaches 653 meters above sea level, called Vatnafjellet. On the north side of Sørøya there is 2 bird mountains; Andotten – “little north cape” and Storgalten.

Contact us for pricing. Depends on how many persons and how many hours, food etc.

Cod Skrei Season at Sørøya "the land of the big fish"

Blue light cruise around the Isle of Tromsø

Grouse, Hare And Goose Hunting at the west coast of Finnmark, Sørøya